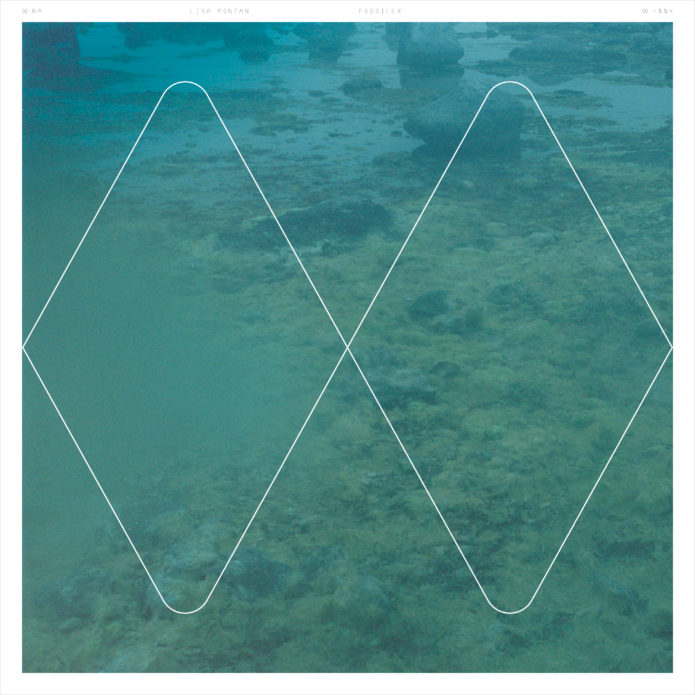 LISA MONTAN (formerly Lisa Holmqvist) is a composer of music and sound art based in Stockholm, and the only female to have been awarded a Guldbagge for her 2015 score the film Flocken.

All of Montan’s 14 compositions on FOSSILER have out-of-time and ceremonious qualities, such as the enticing track GULD(from the film Guld by Abe Hassan), where a single voice introduces what could be an ancient lullaby. PSALM 1(from the film Euphoria by Lisa Langseth), a wind and woodwind piece shadowed by static, could easily have been composed two hundred years ago and has those entrancingly sacred qualities. ENTER FORREST(from the film Euphoria) is gorgeously warped and majestic / awakening.

About FOSSILER, Lisa says: “70% of this record came from image-related project. In this context the music is the leading narrator.  Music can stand on its own, because the listener can supply her own image.”

On February 28th, 2020 OONA Recordings is extremely proud to present FOSSILER, the debut instrumental release from this unique, talented and important voice.

“With this record, I am ready to celebrate being in my own skin, myself.”   LISA MONTAN 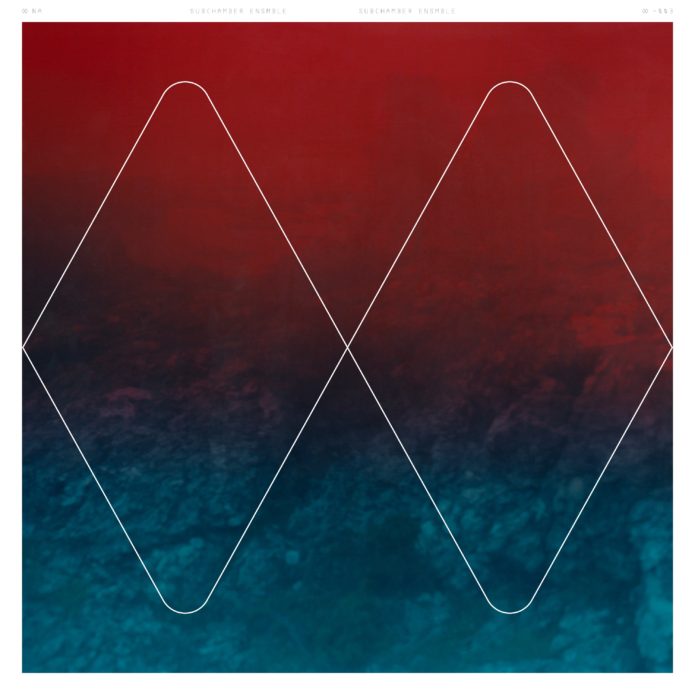 The SUBCHAMBER ENSMBLE is a collection of freelance musicians operating outside of the traditional orchestral context, founded by Malmö and NYC based film composer Nathan Larson and Malmö based cellist / composer Gerda Holmquist.

Their debut album is an entirely improvised performance, recorded at Gula Studion in Malmö, Sweden over a period of three hours on Monday November 5th, 2018. In the spirit of Brian Eno’s Oblique Strategies, small directives were given (Play in D…when you get uncomfortable, do not stop playing…avoid melodic resolution…etc). These instructions were interpreted by the players in whatever way they saw fit. The resulting recording was then mixed and edited with an eye towards early dub’s blatant and playful use of reverb and tape delays.

There is no goal or expected outcome, but one side-effect is the creation of a context that might allow classically trained musicians to work beyond set sheet music, to become more comfortable creating spontaneous sound. The SUBCHAMBER ENSMBLE could be read as a loving response to the conservatory/ academic approach that so often limits a classical musician’s relationship to her instrument. SUBCHAMBER ENSMBLE aims to create music spontaneously, relying on the musicians’ ability to create unique sound based on impulse, rather than structured form.

On Friday August 30th, newly formed audio-visual label and composer collective OONA Recordings is happy to present this beautiful record, one which illustrates and embraces the very spirit and intention of the label. 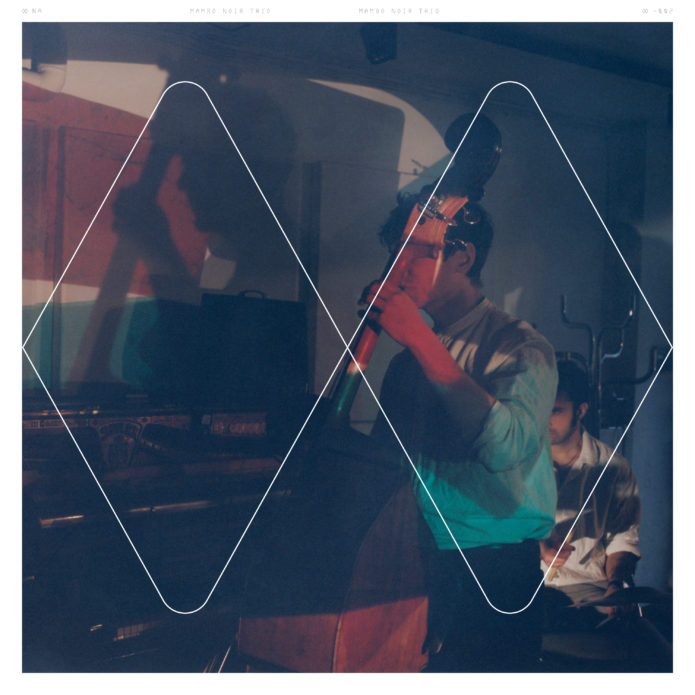 On their self-titled debut album, Mambo Noir Trio brings together the resonance of dark exotica and sway of 60´s latin jazz into the melodic timbre of the Swedish archipelago.

Recorded live in Matti Bye’s Studio Barnängen, fittingly located in the Hammarby harbour in Stockholm, the album features nine tracks of sure-handedly improvised music for piano, percussion and vibraphone. From the Manciniesque opening track “Noir” to the shifting lullaby mood of “Fin” that bookend the record through the waltzy “Clouds”, the music and dramaturgy unfold, painting slow seductive circles of faintly recognizable memories.

Mambo Noir Trio treats its source material with a tentative playfulness that allows vibraphone timbres time to diffuse and roll out, while double bass loops keep the musical movement grounded. This approach is somewhat reminiscent of the American composer and “father of exotica” Martin Denny, with the harmonic nuances and melodic accessibility of jazz pianist Jan Johansson. Rhythmically the record brings to mind the bluesy, freewheeling sound of the Ethiopian singer, pianist and nun Emahoy Tsegue´-Maryam Guebrou.

Mambo Noir Trio is Matti Bye on piano and electronics (well know for his scores to contemporary films as well as vintage silent movies), Vilhelm Bromander ( Saigon, Musette, Joe Davolaz, Josefin Öhrn + The Liberation) on double bass and Dennis Egberth (Saigon, Joe Davolaz, Taxi Taxi, Josefin Öhrn + The Liberation) on drums and percussion. The recordings were influenced and colored in by Anders af Klintberg, whom produced and mixed the record

“This is mambo for the 21st century: harmonic, freewheeling, bluesy, and with a touch of super cool jazz.  Stunning stuff” HiFi Choice Magazine / 5 stars

“Gripping, fascinating and a wonderful drama roll… Are you ready for your new favourite band?” Gaffa Magazine / 5 stars 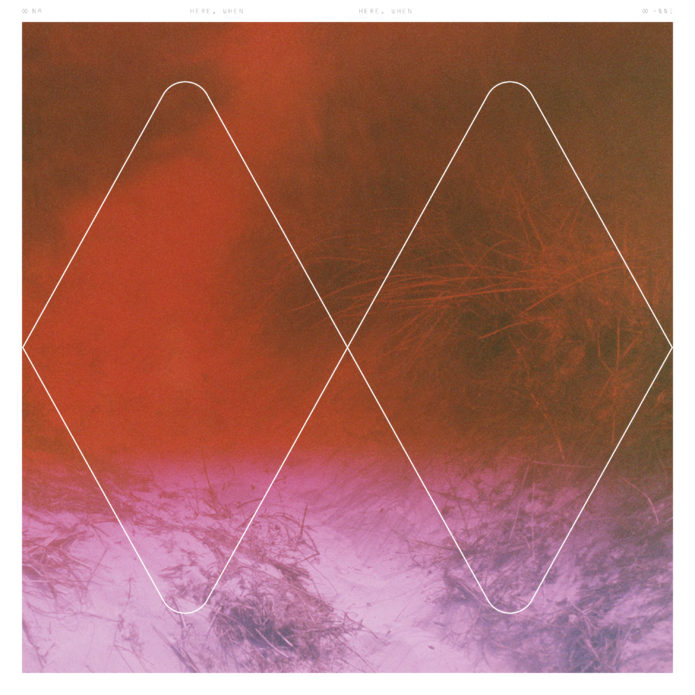 Friday June 28th marks the release of OONA’s debut offering, featuring our Series format. Entitled Here, When, this frst SERIES release is a compilation of songs from 11 different artists, inspired by text from the author Pico Iyer and paired with art from visual artist Martina Hoogland-Ivanow.

Here, When explores the idea of space and distance. It is no secret that this day in age we are presented with an extreme, constant flood of stimuli and information. Time is a scarce commodity– creating such time, space, and distance from our illusions and realities to process, feel, and digest them is a luxury. In the words of Pico Iyer, “We are extracting meaning only when we have distance from our experiences to process or experience them.” OONA’s debut release is an attempt to create that space for the listener, an open-ended invitation to fll this space with their individual needs, feelings, and desires.

As a multidisciplinary undertaking, OONA is an inviting and inclusive space. Not your conventional record label. Jacob explains it best. “What we are building with OONA is an independent, humanistic, artist-driven label with non linear thinking; a home for composers and artists creating instrumental, experimental, and non-genre based music.”

We wish to present music in an alternative manner, to approach the format and content of releases from a more immersive angle. We are interested in connecting and exploring parallel narratives between art and artforms. We seek to uncover the languages spoken in the spaces between music, visual arts, text, and poetry. By connecting and presenting these diverse expressions together in new combinations and contexts, we set out to create a richer experiences for anyone who enters the world of OONA.

All of our releases will contain both visual and written elements. A short flm or poem may be the starting point for a recording, a group of songs may in?uence and provide context to an image, or vice versa. We believe in challenging the idea of a leading narrative, and that any one medium can be the starting point for another, resulting in a cohesive, holistic release. At the very least we aim to offer the consumer an alternative, and offer the opportunity to explore ‘playlisting’ and ‘thematics’ from a different perspective. That and allow artists and artforms an open space to connect and experiment with expressions.